Looks like a lot of people have decided to adopt new family members for spring. Which means St.Clouds Rescue has been able to pull extra dogs lately. Who knew St. Bernard’s would be so popular in Dallas. Today I was met with quite a surprise when I got out to St.Clouds Rescue when I was not met with the usual gentle giants. In their place was a group off adorable small dogs that where so sweet and just a joy to photograph. Although they did make up for the lack of St.Bernard by having one super model saint named Bruno who I could have photographed all day. So with out further ado. 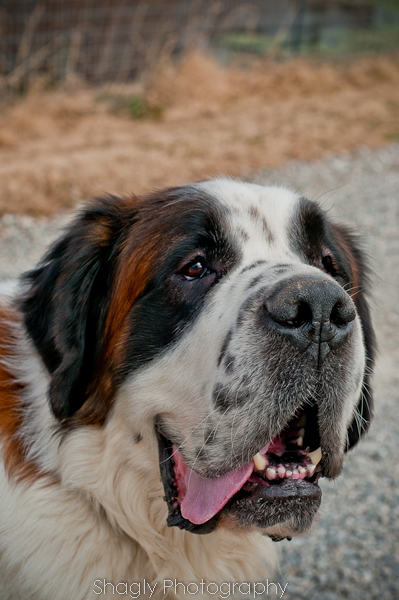 More on him later!

Here is Whisky, Not really sure what bread she really is but her appearance reminds you of a Springer spaniel and Dachshund. Whiskey is 24 pounds and is full grown. We estimate her age to be between 1 and 2. She likes to let you know she is in the house. She loves attention, being around other dogs but her most favorite is to be around other people. She enjoys being on the bed snuggling with you. Her coat is the same texture of silk and the mahogany color and white show off her beautiful smile. 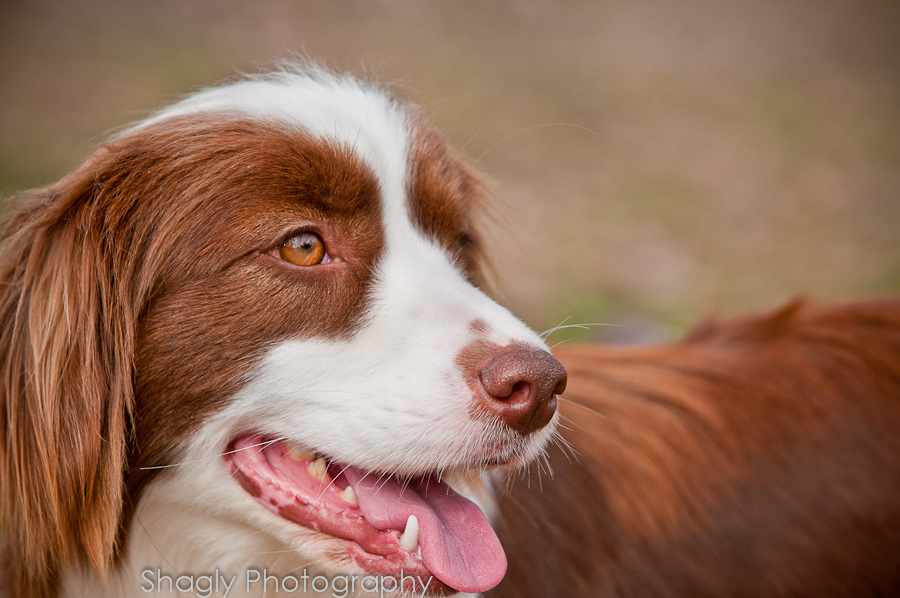 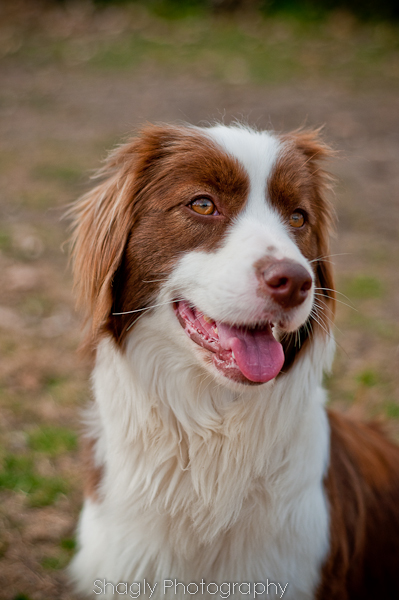 Then there was Swiffer a 24 pound, 4 year old, terrier mix that could pass as Benjis twin. He has a to die for personality, so animated and full of life. He loves attention, food and to be by your side. Swiffer gets along well with other dogs after he has had a chance to sniff them. He is all talk and no action. When you look at these big brown eyes and cute black nose you will fall in love with him. As you notice in this picture his hair is cut short. Swiffer came to us from a shelter that was over populated and his coat was matted to the skin. 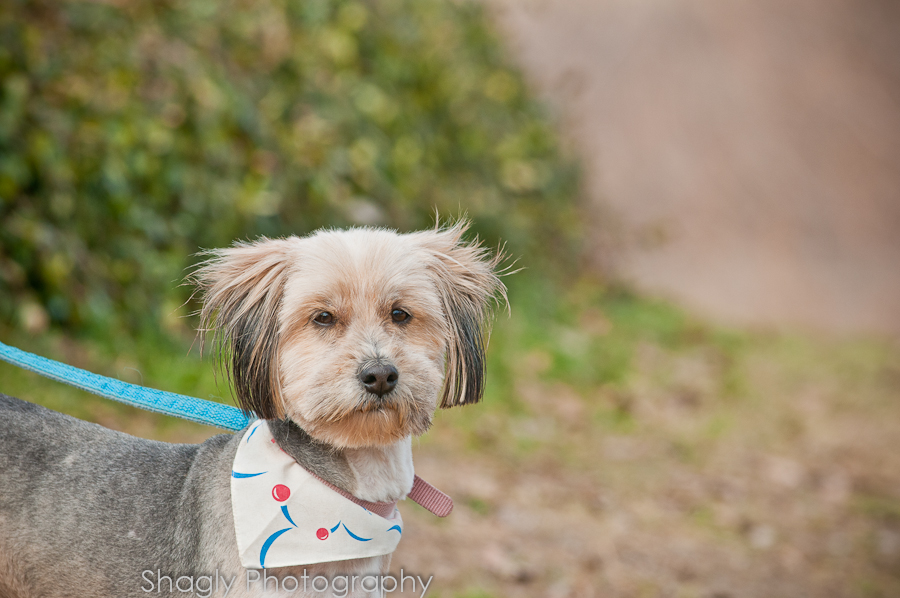 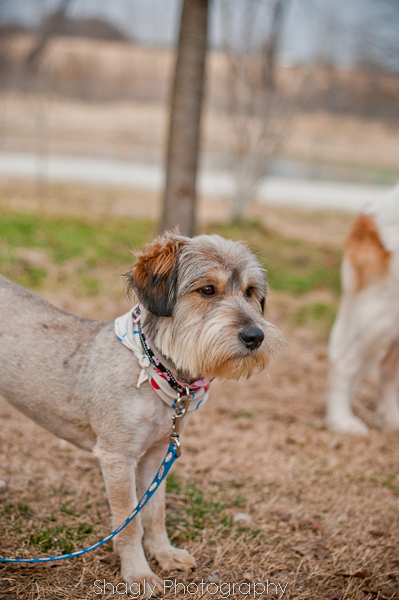 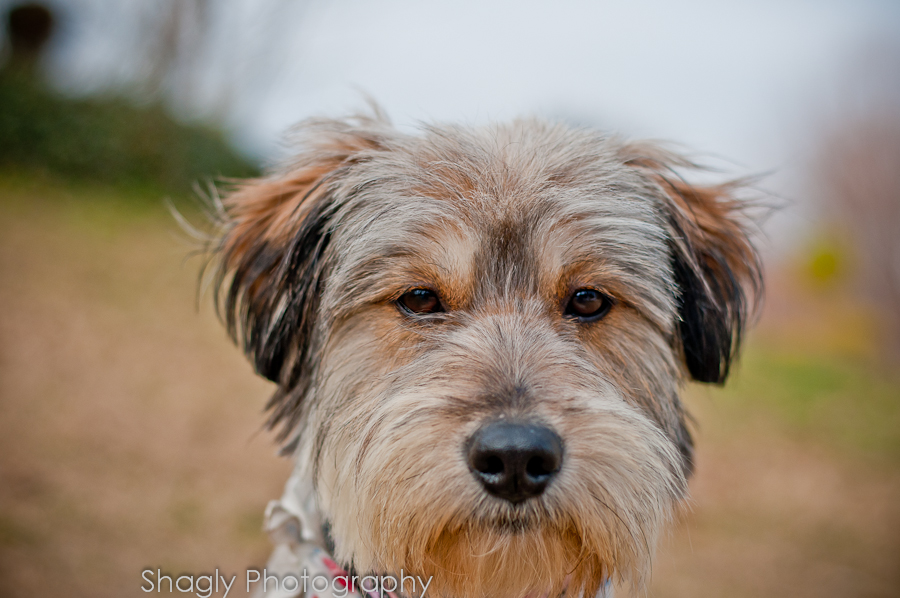 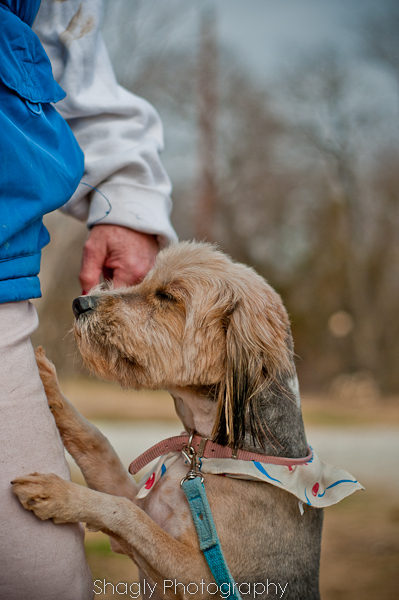 Sweet Bailey is a great combination of the perfect dog, she only weighs 51 pounds, medium size dog. She loves attention however is not overbearing. She does not jump on people and is not a barker. She enjoys running in the backyard and playing. When she is tired though, she loves to cuddle up in her bed to take a nap. She does not get on furniture, yet To our best guess, we would say she is St. Bernard, Great Pyrenees, Collie mix. Bailey is currently heartworm positive and is going through treatment. She will be available for adoption once the treatment is complete. Her coat is so soft and silky you will enjoy petting her. 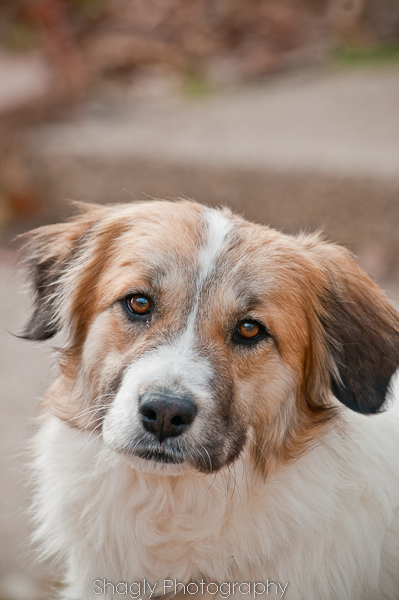 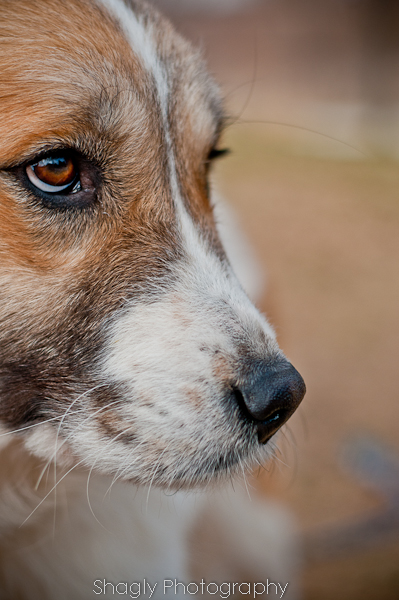 Which brings us back to Bruno, Sweet Bruno. Bruno is a breathtaking, full grown, 2 year old St. Bernard that easily could be a show dog. He is an outstanding specimen of what St. Bernards should look and act like. Bruno came to us from a shelter as a stray. He has been neutered, is current on all vaccines and is heartworm negative. Since he was recently neutered we have not had him around any male dogs. He currently rooms with a female is very sweet to her. He loves to run and enjoys playing outside. He is your typical personality of a young and fun St. Bernard. 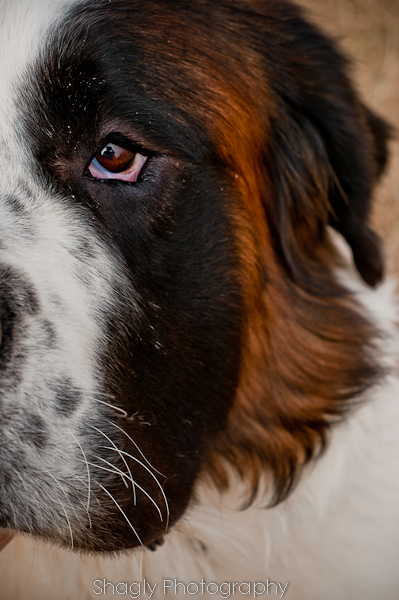 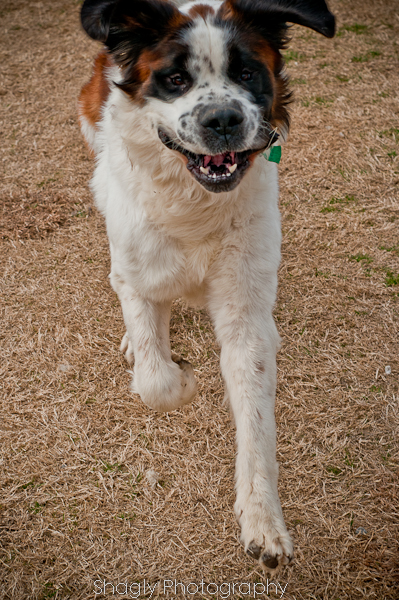 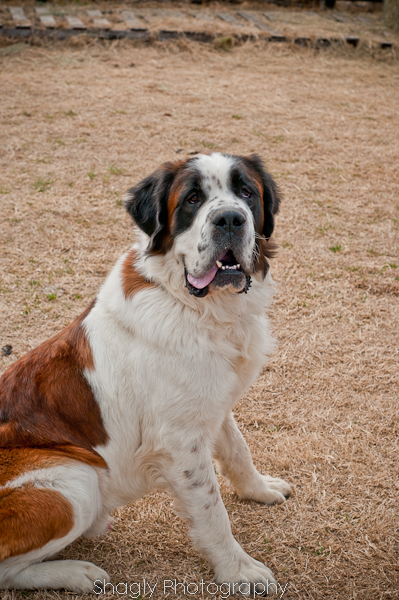 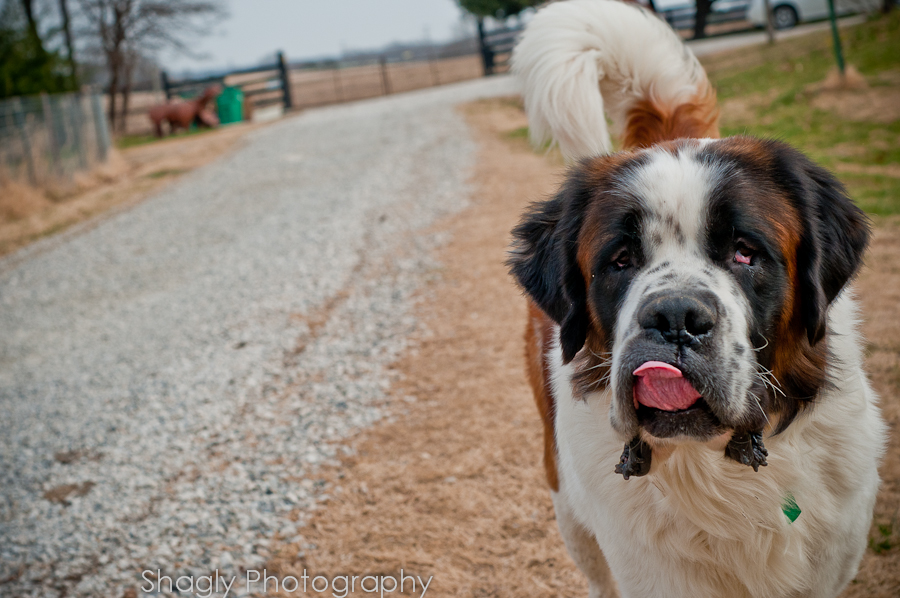 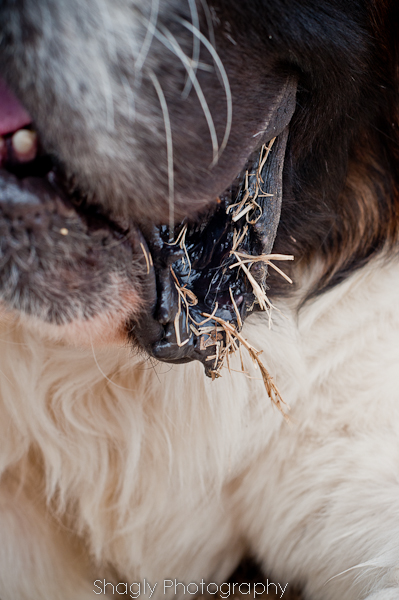 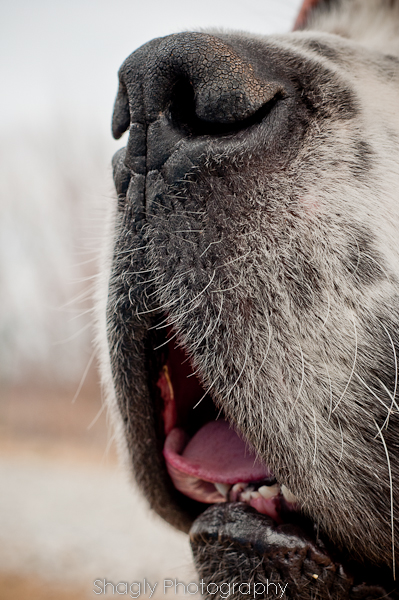 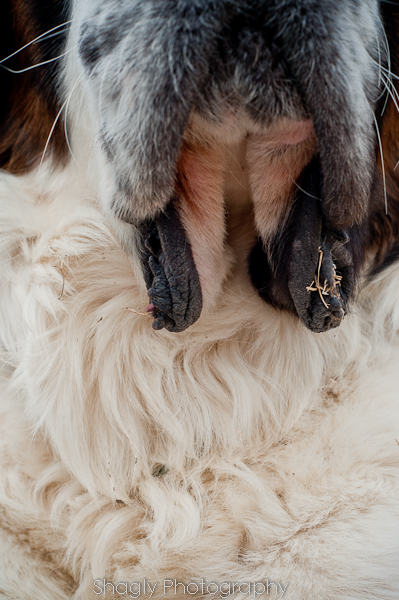 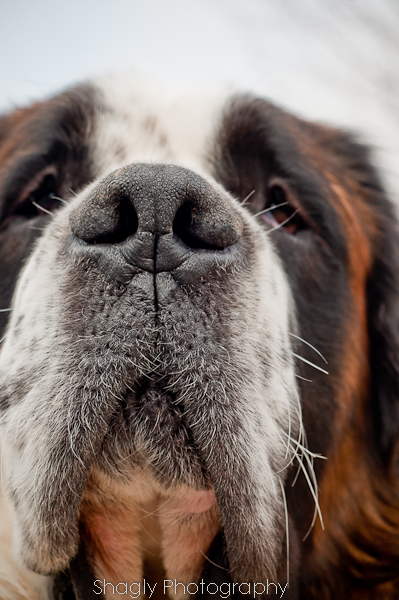 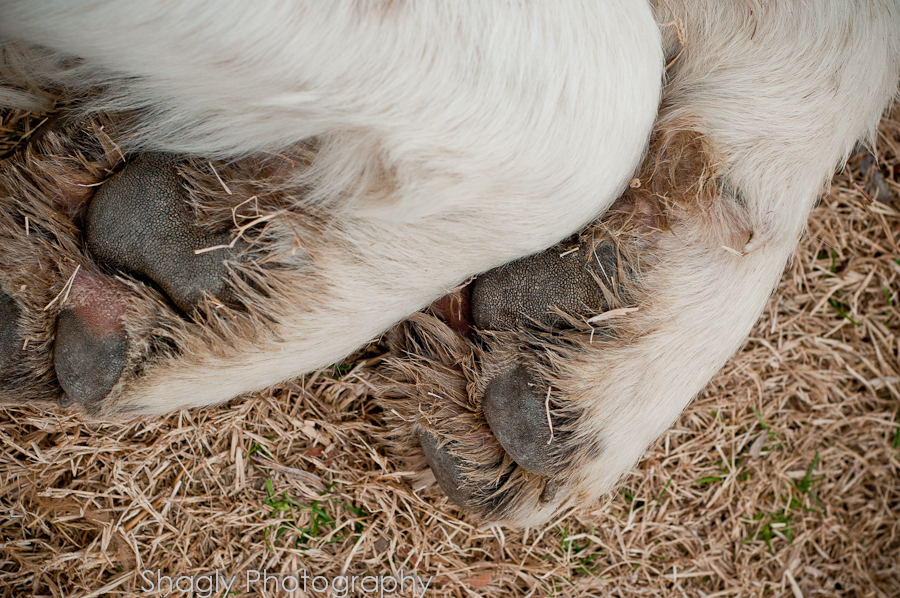 And one parting photo of Bruno’s roomate Bridget  a 3 year old female St. Bernard that was surrendered by her owner due to a family situation. She is a smaller female saint that weights approximately 120 pounds. Bridget is a rough coat Saint; . We are working on housebreaking although she still has some accidents. Bridget plays very well with two other male Saints on a daily basis. She has met small children and likes their attention and petting. 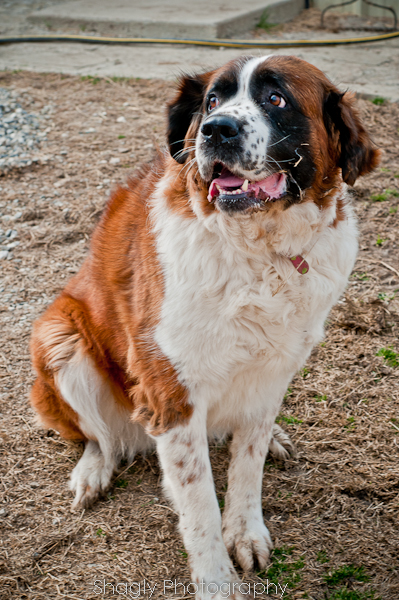 If you would like more information on these or any of the dogs from St.Clouds Rescue check out their pet finder page. And to see more photos of these and many other rescues check out Shagly Photography Galleries.